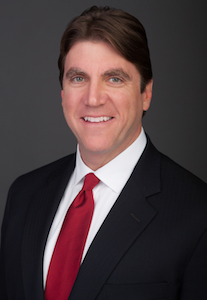 Mr. Brod, a member of the San Francisco Trial Lawyers Association, the American Bar Association (ABA), the Sonoma County Bar Association, and the Consumer Attorneys of California, developed his skills at Belli & McLean, carrying on the tradition of the great Melvin B. Belli (1907-1996), prior to forming the Brod Law Firm's San Francisco office, and later, the Brod Law Firm. Gregory Brod has argued and tried cases across the State of California involving serious personal injuries and wrongful death, legal malpractice, oil and gas, and business disputes, and has obtained many millions of dollars on behalf of his clients who have been injured or wronged. In defense cases and advisory matters, Mr. Brod has helped his business clients save many millions of dollars.

Greg Brod has been published in areas including legal malpractice, tenant habitability, as well as general torts and negligence. Mr. Brod has hosted continuing legal education seminars on topics including attorney's fees, and is regularly interviewed by Bay Area television news stations and the San Francisco Chronicle regarding various legal matters. Mr. Brod is a former Certified Contract Advisor with the National Football League Players Association ("NFLPA"). Greg Brod is the Executive Director of Project Angel Hair, a not for profit organization that supports breast cancer patients.

Greg Brod's extensive experience in legal malpractice cases has given him insight that he shares with other attorneys to help foster high standards in the practice of law. Mr. Brod has provided insight and advice to other attorneys, and has written articles including Fee agreements - limiting the time in which legal malpractice claims may be brought, which was published in the April, 2013 issue of Plaintiff Magazine (see plaintiffmagazine.com), and is provided with the permission of the publisher.

Mr. Brod has been quoted in the San Francisco Chronicle for landlord-tenant related issues on several occasions, and is the author of Short-term rent websites create unique landlord-tenant challenges, which appeared in The Recorder’s Not Big Law Magazine in May, 2014.

Contact Us
Practice Areas
Client Reviews
★★★★★
"I am somewhat intimidated by lawyers, however when I met Greg I was immediately at ease. He was compassionate, knowledgeable and extremely easy to talk to. He handled my case professionally and most successfully..." Annette P., Avvo review
★★★★★
"It is difficult for anyone who has not had bedbugs to imagine the extent to which this problem negatively effects every aspect of your life. I contacted Greg Brod, and he was there for us. He listened to our problems..." Ron, Avvo review
★★★★★
"We were extremely happy with the outcome of our specific case, and would absolutely recommend Greg to anyone looking for legal assistance." Celine V., Yelp review
★★★★★
"I was referred to Greg Brod for a car accident I was in and I will now owe the person who referred me, forever." Christine M., Yelp review
★★★★★
"Greg handled our case with a laser-focused determination to right the wrongs we had been forced to endure…Throughout the entire process, we were in constant communication, with Greg always..." America S., Yelp review
View More
Submit a Law Firm Client Review